WKYC CHANGES: First, we turn to 13th and Lakeside, one of several busy places TV-wise as the calendar winded down the year. (We’ll wind our way through all the other local TV news operations in Cleveland, as this string continues.) 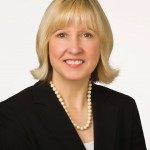 The job descriptions in the Spectorsky-Byrnes household have once again shifted, and Gannett NBC affiliate WKYC/3 station manager Micki Byrnes has taken the top job at the station from her husband, long-time president and general manager Brooke Spectorsky.

“I am pleased to announce that Micki Byrnes has been named President and General Manager of WKYC-Cleveland,” announced Dave Lougee, president of Broadcasting for Gannett Co. Inc. “Micki is the perfect leader for our Cleveland operation. She is a natural leader who knows all facets of our business, and she has a passion for everyone at the station, and for that matter, everyone in Northeast Ohio.”

Byrnes was named VP/Station Manager at WKYC last year, after a long tenure as VP/Advertising and Promotion.

As his wife takes the reins at WKYC, Spectorsky won’t be going terribly far as far as WKYC parent Gannett goes:

And yes, last time we visited this topic, we were unaware that Byrnes and Spectorsky were married…in fact, before they started working at 13th and Lakeside…

19 TO 3: OMW hears that a new coming arrival at 13th and Lakeside is Dawn Kendrick, who is apparently incoming from Reserve Square…the news operation at Raycom CBS/MyNet combo WOIO/19-WUAB/43 currently known as “19 Action News”. (More on that later, we tease.)

Welcome The Lovely & Talented @DawnKendrick19 To The @WKYC Family Beginning Monday. How About DawnKendrick3 ??

We do say “apparently” because we have no official confirmation on Kendrick’s move, though we have heard it from other sources. She worked even after that tweet at Reserve Square, and for that matter, her bio still exists on the “Action News” website:

19 TO 8: This one is no surprise, considering the family ties.

OMW hears that “19 Action News” reporter Ed Gallek will soon be able to see his wife at work, as we are told that he’s heading for Tribune Fox affiliate WJW/8’s “Fox 8 News”. 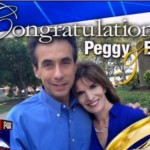 That would mean that there’ll be two Galleks on the air at Dick Goddard Way…as the former Peggy Sinkovich took her married name as the station’s “I-Team” reporter after the couple’s recent nuptials. (And now, “Fox 8 News” won’t have to refer to Ed as “a reporter in town”. Heh.)

As above, the move of Mr. Gallek to join his wife at WJW hasn’t been confirmed, and as with Kendrick, his WOIO bio is still in place. He is working at Reserve Square as recently as this morning.

But…we expect it to see him at Dick Goddard Way soon. If our information isn’t correct, we’ll certainly update this…

AND ABOUT “ACTION NEWS”: Is the long-time “19 Action News” branding heading for the door at Reserve Square?

That’s been speculated for some time, especially after the retirement of “The Architect of Action News”, long-time WOIO/WUAB general manager Bill Applegate.

But now, we hear it could actually happen.

As we noted at the time, today’s “19 Action News” is a different animal than the one Applegate unleashed on the Cleveland TV market oh those many years ago.

No longer do Reserve Square newsies call alleged criminals “thugs” and “creeps” on the air, long before their guilt or innocence is decided.

Our inbox has been peppered with reports that after running it through focus groups, Raycom will move away from the “19 Action News” branding.

No, we don’t know when the change will happen. (And unless we missed something, it has not officially been confirmed.)

As of this writing, the news operation at Reserve Square is very much still “19 Action News”.

We also don’t know what branding it will adopt. “CBS 19 News” anyone? That’s just a guess.

But as they do say on TV, stay tuned…

5 TO KNOXVILLE: A quick update on an earlier item. 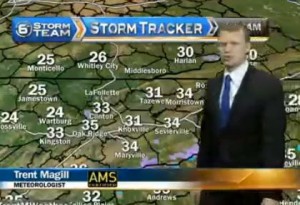 At least he will be familiar with his new station’s slogan, the same “On Your Side” moniker used at 3001 Euclid…

MAGGIE AND WNIR SETTLE: The sexual harrassment lawsuit filed by Maggie Fuller against her former employer, MediaCom talk WNIR/100.1 Kent “The Talk of Akron”, has been settled. 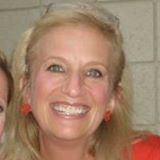 And neither side is discussing the terms of the deal, according to an article in the Akron Beacon Journal.

For the three or four OMW readers who can’t recite the details without help, Fuller sued WNIR, as the Beacon puts it, “when WNIR’s owners declined to discipline another radio host who was reported to have referred to her at a public event by using a crude anatomical reference.”

(We don’t use such language here, but the word starts with a letter between “B” and “D”. That letter is approached later in the article.)

The host in question is midday host John “Couch Burner” Denning, and we still wonder if WNIR had to hire someone to run the profanity delay on his show in case the host accidentally uses such a reference on the air. Heh.

We also believe that said alleged behavior would never have come out of the man whose shoes Denning is trying to fill, late midday iconic host Howie Chizek.

Again, neither Fuller nor WNIR head honchos Bill and Bob Klaus will talk about the confidential settlement.

We don’t know if she’ll appear on air again in the Akron market or any other market, but for a few months now, Maggie Fuller has been putting together an Internet radio venture…

…OK, TIME TO STRETCH AND TAKE A BREAK!…

OUR NIGHTMARE IS OVER: Hundreds of OMW readers pleaded with us as November turned to December.

“Help! We fear Alan Cox may leave Cleveland for Chicago! Have you heard anything???”

No, not hundreds of readers…it was actually just a single social media follower of ours that was questioning us about the contract status of iHeart rock/talk WMMS/100.7-and-syndicated afternoon drive talk star Alan Cox.

Everyone else was, well, pretty much just waiting and listening, having lives to live and all.

As we quipped on Twitter, our Long National Nightmare is over in regards to Mr. Cox’s employment.

Alan signed a two year pact that keeps him at Oak Tree through 2016, also continuing as the morning drive host (without his Cleveland crew) at the company’s rock WDTW/106.7 Detroit “The D”.

Cox will also continue subbing for iHeart’s Premiere Radio syndication arm…most recently, he filled in for Texas-based Joe Pagliarulo aka “Joe Pags”, who is hosting the evening (ET) show that used to be “America Now” when Andy Dean was around. That sub gig also got him on WMMS’ sister talk station in Akron, WHLO/640.

Since his social media ears were burning, Cox actually commented on his new deal via a Twitter message to your Mighty Blog of Fun(tm):

@ohiomediawatch I turned down two out of market offers because IHR simply made a better one. Mentioned publicly only because I was asked.

Whew! Now, we can relax and… 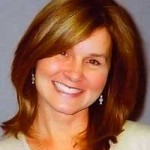 Pres. THOM MANDEL said, “SUE is a treasure, and I know that having her intelligence, leadership and media savvy available to us on behalf of all stations will be a huge benefit to all of us.”

And yes, we noticed the “AC” format descriptor All Access used for smooth AC WNWV/107.3 “The Wave”, though we don’t think it means anything, despite Sue Wilson’s extensive AC history in the Cleveland market as former program director at WDOK “Soft Rock 102.1″…which is still in the format (with some adjustments) as CBS Radio’s “New 102″…

AND ALSO AT RUBBER CITY: The Rubber City cluster’s Senior Vice President is area radio veteran Nick Anthony, who also is quite busy outside the secular radio realm. 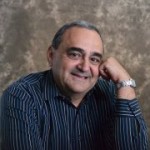 Among his work in Catholic radio has been as a board member and consultant for Living Bread Radio, helping the owners of Canton’s WILB/1060 to expand their radio empire locally to new sign-on WILB-FM/89.5 Boardman in the Youngstown market (and a signal upgrade for the Canton station as well). He’s known by his birth name Tony Agnesi in the non-secular radio world.

“I’ve been in the radio industry for most of my life and God had a profound effect on my formation,” said Host Tony Agnesi, a long-time radio professional. Agnesi is a father, grandfather, and author. Tony and his guest tell how God has done extraordinary things in ordinary lives.

“Living Bread Radio is delighted to add “Finding God’s Grace” to our radio lineup. The one (1) hour weekly program is designed to entertain and delight our listeners with stories from local and national guests,” said Director of Development, Molly Romano. Tony Agnesi has lined up one-on-one interviews with some local and national guests. Their stories tell how God has done extraordinary things in ordinary lives.

Tony, er, Nick, tells us that the show will also be heard soon on the Annunciation Radio stations, adding it to the group’s four stations in Northwest and North Central Ohio – WNOC/89.5 in the Toledo/Bowling Green area, WFOT/89.5 in the Mansfield/Lexington area, WHRQ/88.1 in the Sandusky/Port Clinton area, and WSHB/90.9 in Willard. He says another “10 to 12” stations could also be added to the show’s roster.

And as one of Nick’s long-time listeners – remember, in our youth we heard him on then-Susquehanna talk WHLO where he was the mid-morning host and program director – we’ll check it out…

SUBCHANNEL FUN: No, some expected changes on the TV subchannel scene have yet to happen in Cleveland.

Two are definitely coming. WKYC will turn off the weather radar on 3.2, and add the true-crime “Justice Network” as part of an overall deal involving station owner Gannett.

And the lifestyle and home shows on WEWS 5.2’s “Live Well Network” are still going away soon as well, as the network itself is ending operations this month as well.

We expect both changes in the next few weeks. We hear that “Live Well” will be Not Living Well in two weeks (January 17th), and expect “Justice” to be served on 3.2 sometime this month as well.

What replaces “Live Well” on 5.2? We’ve heard absolutely nothing about Scripps’ plans. We wouldn’t be surprised to see an announcement in the next week or so, if Scripps does plan a group deal…

And the Akron side of the operation is now officially known at the FCC as WAOH-CD.

Word apparently did make it to Broadcast Park, Low-Power TV Section, as the PSIP on channel 29 does properly note the station as “WAOH-CD”. And though the Retro TV-produced legal ID still says “WAOH-LP”, the station itself has added a superimposed ID with the proper call letters.

And no, we don’t know yet when the Cleveland half of the Klaus brothers’ TV operation, W35AX, will light up its own digital facilities on RF channel 16…or for that matter, if it will take digital call letters that aren’t attached to its analog 35 facility.

Perhaps they have to still fix the audio on the 29 side of things (audio so low here that some readers didn’t realize it was even there), or fix the program guide information so it’s not five hours ahead…