On To The Next Radio

Radio and TV, both traditional and “new”, in this update. But first…

NEXT RADIO MOVE: We’re still compiling items for our “#TheNextRadio” series, focusing on non-broadcast versions of “radio” in 2015.

One long-time OMW reader is diving into that universe head first. 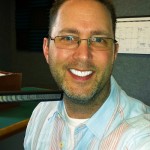 Chuck Matthews, who has a thriving voiceover business, is leaving his “day job” at Akron’s Rubber City Radio Group to join the region’s most high profile online radio operation.

It was John Gorman’s “oWOW” that we first featured on “#TheNextRadio”, and Gorman and Jim Marchyshyn welcome Chuck Matthews aboard as Production/Imaging Director.

Gorman notes in a release that he’s certainly familiar with Chuck’s work:

“We welcome the one and only Chuck Matthews to the oWOW team,” states Chief Content Director John Gorman. “Chuck is one of the most imaginative, creative production directors I have worked with, beginning with WMJI/WMMS/WHK triumvirate, where, even as a novice, fit right in with its high demanding, fast moving environment. I also worked with Chuck on successful independent projects and would be remiss not to mention Chuck’s voice overs, which are heard on numerous radio and TV spots throughout the country.”

And oWOW’s Jim Marchyshyn points out the need for a production and imaging guru for his online radio outlet:

“The fact Chuck chose to join oWOW from “old media” speaks volumes about the future of digital radio,” said oWOW Director of Sales/Marketing Jim Marchyshyn. “Chuck will work closely with our Multi-media account executives to provide custom solutions and programs for clients across the oWOW sales platforms.”

HEATHER’S EXIT: A long-time personality at a dominant Northeast Ohio station is stepping away from the microphone, today. 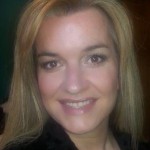 And no, we don’t know if “a nationwide search” involves going through the list of Cumulus syndicated shows and finding something that can run in afternoon drive. We hope not, at least.

Heather, who we believe has at least heard of us here at OMW, has a quote as well:

“I am resigning from the afternoon-drive position having spent the last 12 years here at K105 and have enjoyed every minute,” said STEVENS. “I was born and raised here, and I’ve been blessed to spend all of these years, in this market, getting to do a job that’s more like play than work. It’s hard to say exactly what’s next, outside of graduating from college in the FALL, but I’m definitely still available for voiceovers and can be reached via e-mail.”

If she does indeed read OMW, we wish Heather all the best… 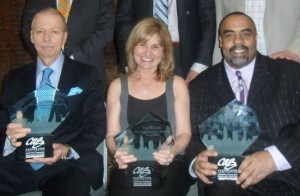 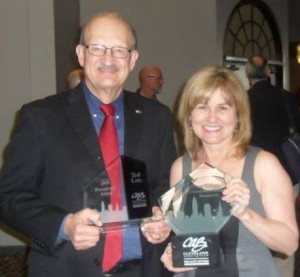 The CAB folks tell us that the award “acknowledges the fact that the broadcast industry started many years before we started The Awards For Excellence in 1991, and we have not recognized all notable and deserving individuals over the years.”

Long-time readers know that Ted, himself a long-time OMW reader (who has even submitted guest written articles for us), pretty much embodies the kind of “notable and deserving” Cleveland broadcaster that should be honored.

Ted tells us: “A number of years ago I did the voice overs for the videos that are produced for each of the recipients.”

“At that time I truly didn’t believe the CAB would ever honor the likes of me. Those were awards that went to the heavy hitters like John Lanigan and Trapper Jack. I am truly honored by this, especially since I haven’t been on the air for so long as a jock.”

Sue’s clearly going to have to expand her awards closet at home…after hauling in national awards for both WQMX (the Academy of Country Music’s medium market Station of the Year) and for her own work as its program director.

And she, of course, has extensive Cleveland market experience…as former program director at now-CBS Radio AC WDOK/102.1 in its “Soft Rock” days, and at Salem CCM WFHM/95.5 “The Fish”…before she took over country radio in Akron…

THROWBACK THURSDAY: Don’t adjust your set if you’re watching this evening’s edition of “Fox 8 News at 6″…the TV won’t have gone through a time machine. 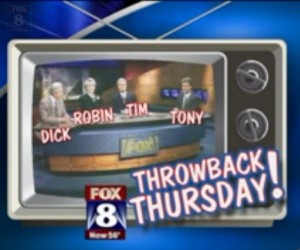 Tribune Fox affiliate WJW/8 is going “back to the future” marking “Throwback Thursday”:

This Thursday, Tim Taylor, Robin Swoboda, and Tony Rizzo will take over the anchor desk during FOX 8 News at 6.

It’s a trip back in time as these three former FOX 8 anchors join Dick Goddard for a must-see newscast, where frankly, we have no idea what will happen!

Of the three, Tim Taylor has been retired for some time.

Robin Swoboda later joined Gannett NBC affiliate WKYC/3 (we’re not using the “T word” yet) as its 7 PM news co-anchor, until leaving the station. These days, she writes occasional columns for the Akron Beacon Journal.

And Tony Rizzo left the daily sports anchor chair at “Fox 8 News” to concentrate on his midday “Really Big Show” show at Good Karma sports WKNR/850 “ESPN 850”. Of course, he still appears on “Fox 8” on Sunday nights with his hour long “Rizzo Show”.

And no, WJW won’t join “The CBS Evening News” at 6:30. They’re not throwing THAT far back on this Thursday…

HOCKENBERRY: Radio/TV newsman John Hockenberry will not only appear in Akron next month, he’ll do his public radio show from the area.

Even though we’ve printed her press releases recently, it’s been a while since we’ve name checked (say it with us!) long-time personal and professional Friend of OMW Ann VerWiebe, marketing/communications associate at Kent State University public radio outlet WKSU/89.7-and-its-many simulcasters: 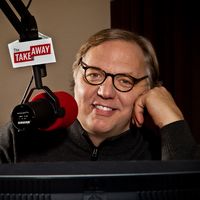 Celebrated journalist John Hockenberry comes to Northeast Ohio for two events on Thursday, May 7. That evening at 7:30 p.m., he will speak on the changing state of media and news on stage at Actors’ Summit Theatre in Greystone Hall in downtown Akron. Audience members are encouraged to present questions during the Q & A following his talk. Hockenberry is currently heard on WKSU as host of PRI’s “The Takeaway” weekday mornings at 9 a.m. During his stay in Ohio, he will broadcast his program live from the WKSU Broadcast Center at Kent State University.

Tickets are on sale now to hear John Hockenberry speak in Akron on May 7.