Soon To Be “Action” Less

A bunch of items this time around, but first…

NO ACTION: We’ve told you for weeks (exclusively) what’s coming soon at Reserve Square…the long-time “19 Action News” branding at Raycom CBS affiliate WOIO/19-MyNetwork TV affliate WUAB/43 is about to be put out of “action”.

And for the first time, we have outside clues that it’s about to happen soon.

Lance Venta at our content partners RadioInsight is no stranger to divining future radio changes from broadcasters’ domain name registrations.

He doesn’t normally do so for TV stations, but he found this and passed it along to us this weekend:

Cleveland 19 News, anyone? (Or maybe “Cleveland’s 19 News” and they just didn’t put the apostrophe “S” in the domain name.)

All the newly registered domains lead to a “coming soon” page with Raycom’s corporate branding.

And the station itself has long held secondary branding as “Cleveland’s CBS 19”, though that’s usually on the back burner to use of the “19 Action News” name.

We don’t know, at this point, when “Action News” will be laid to rest. Watching the station, the brand is ubitquous not just in newscasts, but in promos and the like.

It’ll take a LONG time to change all that, which is perhaps why the domain names have not been registered until mid-May.

But as always, we’ll keep you up to date…

BYE, JOSH: What must be the 3845th change to Scripps ABC affiliate WEWS/5’s long-beleagured morning news program “Good Morning Cleveland” is now official, thanks to an update by a now-former anchor. 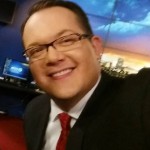 Josh Boose was brought aboard (out of Buffalo, as we recall) to report for “GMC”, and was later moved into the anchor chair…replacing the outgoing Mike Dunston.

Josh told his Facebook friends/followers earlier this month that he’s now out as well:

I want to be the one to tell you that after almost 4 years, 6 Emmy nominations, 1 Emmy win and countless hat changes (anchor/reporter/then anchor again/etc…) I am no longer with Channel 5.

I’m looking forward to what’s next, whatever it may be, and I thank you for your constant support. I only have you, my followers and viewers, to thank for all my success over the years. THANK YOU! I recognize it and appreciate you very much!

Stay tuned to my page…I’ll continue chatting and updating. Here’s to the future (raises glass). I’m dreaming big…and with where I’ve been, I know I can get there!

As of yet, there’s no word why Boose is no longer at 3001 Euclid (he’d been gone for a while beforehand), or if he has his next destination set…

SAVED BY THE BOB: When classic TV subchannel MeTV started running high school sitcom “Saved by the Bell” on weekend mornings, we joked that it would eventually run the follow-on series “Saved by the Bell: The College Years”, starring former Cleveland Browns star and Media-Com talk WNIR/100.1 “The Talk of Akron” afternoon drive host Bob Golic. 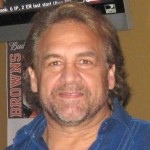 MeTV will indeed run “SbtB:TCY” (sounds like a yogurt place) Monday evenings from 9-11 PM this summer, part of the channel’s “The Summer of Me” seasonal lineup.

We’ve seen numerous promos for the upcoming “Summer of Me”, though none yet with Bob Golic. 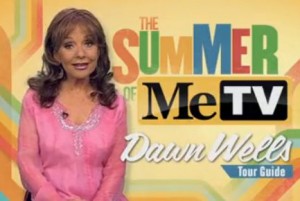 The block starts Monday, May 25 and runs through the summer. Here in Golic’s hometown, MeTV airs on WOIO/19.2…

LEAVING NPR: To say NPR VP/programming Eric Nuzum is quite steeped in public radio is an understatement…but now, he’s getting “unsteeped”.

Nuzum is heading for the digital world now, with a big new job at one of the online audio area’s biggest players. Poynter has more:

Very excited to announce that I will be joining @audible_com as SVP of Original Content. Leaving NPR & public radio, my home since I was 19.

Audible is clearly happy to have Nuzum:

We're beyond thrilled you're joining us! //t.co/9aHCypNMdX

And while we don’t generally chronicle national news here, this has a big local hook. Poynter reprints the NPR memo (from the network’s Emma Carrasco) about Nuzum’s exit:

I’m writing to share that VP of Programming Eric Nuzum has accepted a new role with Audible as their SVP of Original Content Development. It’s a great new opportunity, and I know you join me in wishing him all the best.

Over the past two decades, Eric has devoted himself personally and professionally to the mission, programs, and people who make public media what it is today.

From his rise as a two-hour-a week board operator at WKSU while he was still a teenager, to that station’s Program Director, to NPR’s Vice President of Programming, Eric built a national reputation for his innovative approaches to on-air sound and stationality.

That’s right…the man who took over programming at the NPR network level started as a part-timer at Kent State University’s WKSU/89.7-and-its-many-simulcasters. 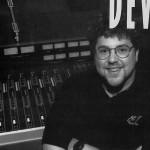 The picture comes from our long-time personal and professional friend at WKSU, marketing associate Ann VerWiebe, who says Eric was the newly-installed development producer when she came aboard:

A Canton native, Eric started his radio career at WKSU when he was a Kent State University student and continued with the station professionally, first as development producer and then program director. He left Northeast Ohio for NPR in 2004, shortly after helping to launch Folk Alley. He is the author of three books.