Jobs And Other Stuff

As promised, some job openings and some other stuff. And…not a single April Fools Day-inspired post in the bunch…

JOB OPENING #1: A staffer at Radio One Cleveland has nabbed a new job, and that means the cluster is looking for a new assistant chief engineer.

Chief engineer Gary Zocolo, who is a long-time Friend of OMW and then some, lets us know:

There is no doubt in my mind that the training, professionalism and skills Ben developed from working at Radio One made him a viable and successful candidate for the Chief Engineer position he now holds.

Back at Radio One, Gary says:

The job pays a competitive salary with benefits. Radio One is a very respectful place to work these days. Applicants are expected to have IT and Broadcast skills. We will work with qualified applicants/hires to continue their education and training.

If Gary’s name sounds familiar to those in the Mahoning Valley or in local TV, it’s perhaps because his brother Tom serves as Chief Engineer at the Media General operation in Youngstown (WKBN/WYFX/WYTV et al.)…a short drive from the Cumulus facilities in that market.

Gary himself has a lot of experience in the Valley, and was Chief Engineer at Cumulus’ Nashville cluster before coming back to Northeast Ohio in 2008 to take the CE post at Radio One. He’s also known your Primary Editorial Voice(tm) even longer than NorthEast Radio Watch’s Scott Fybush, and that’s saying something.

If you’d like to take a shot, you can apply for the Radio One Cleveland job online (only) at this link, where a comprehensive job description awaits.

And of course, Radio One is an Equal Opportunity Employer…

JOB OPENING #2: Our friends over at Western Reserve Public Media (WNEO/45-WEAO/49, of course) have an opening for Master Control/Traffic Technician.

WESTERN RESERVE PUBLIC MEDIA is recruiting a Master Control/Traffic Technician for its broadcast operations. Candidate will be responsible for the day-to-day functions of preparing and airing programs and interstitial elements as a cohesive, uninterrupted, regulation compliant channel broadcast for all of Western Reserve Public Media’s broadcast channels.

A complete description and instructions on how to apply are here…

LULL GONE: One of our readers asked on Twitter about the absence of CBS Radio sports WKRK/92.3 “The Fan” weekender Joe Lull, and as it turns out, he has been gone…and isn’t coming back:

Been about 7 weeks since my departure from @923TheFan. 7 great weeks. I loved my 10 years in CLE media but honestly don't miss it one bit…

I have no intention of attempting to get back on-air. Life has other things to offer. But I do miss you fans, listeners & colleagues…

OMW hears that the exit was basically mutual between Lull and “The Fan”, as they go their separate ways.

Whatever you think about Joe Lull’s run at 92.3, he’ll always be remembered as the guy who broke The Story of the Dan Gilbert Plane.

While the Cavaliers owner denied on Twitter that he was heading to meet with LeBron James, Lull’s information was quite accurate, as was reported later:

As it turns out, “The Fan” weekender Joe Lull was even more correct than anyone realized, when tweeting that Gilbert was on his plane headed to South Florida.

Gilbert responded, saying he was enjoying his backyard instead of an aerial view. But the Cavs owner was in fact heading for the airport for his secret meeting with “King James”.

Boarding that plane, he knew that someone (Lull) knew it was going somewhere in Florida.

But as reported by Detroit Free Press columnist (and Cumulus WJR/760 Detroit afternoon host) Mitch Albom (“ALBOM!”), Gilbert learned while aboard the plane that Lull’s report prompted thousands of Twitter users to turn to FlightAware and actually track the plane’s route to Florida.

POST-DENNIS: Westwood One syndicated host Dennis Miller has made way for Chicago-based Jonathan Brandmeier, and at least one of Dennis’ former affiliates has decided to go in a different direction.

Digity talk WHBC/1480 Canton declined to board The Johnny B Train.

Instead, the station will fill the first hour of the Miller time slot with an hour local news program called “Live & Local @ Noon”, fronted by WHBC news staffer Michaela Madison. 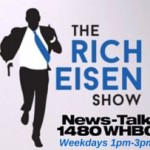 The remaining two hours from 1-3 PM weekdays will be filled by NFL Network sportscaster Rich Eisen’s radio show, which is produced by DirecTV and now a part of the Fox Sports Radio lineup.

VIVIAN’S UP FOR AN AWARD: A local broadcaster is up for a national award. 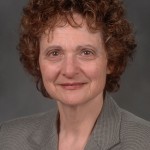 WKSU reporter/producer Vivian Goodman has been named one of three finalists for the national James Beard Foundation Award in the Best Radio Show/Webcast for her weekly “Quick Bites” feature. The other two finalists are “Hidden Kitchens” and All Things Considered’s Found Recipes, both from NPR. The winner will be announced at a ceremony on April 24 at New York City’s Pier Sixty at Chelsea Piers hosted by Carla Hall of Top Chef and The Chew. The James Beard Foundation Awards are presented for excellence in cuisine, culinary writing, and culinary education in the United States and are often called “The Oscars of Food.”

Northeast Ohio is rich with food culture – from award-winning chefs to food educators and farmers and farm markets to brewers and bakers. Goodman takes advantage of the region with her weekly “Quick Bites” feature, airing Fridays during WKSU broadcasts of NPR’s Here and Now and All Things Considered. Her stories reflect the area’s diversity. In 2014, Goodman introduced 48 new “Quick Bites” segments, which were also featured on the program’s Facebook page.

And yes, as usual, the release from Ann was sent in a timely fashion…we’re just getting a Round Tuit(tm)…

The other OMW Whisperer in Kent-based public broadcasting, Western Reserve PBS’ Diane Steinert, has more on the musical collaboration: 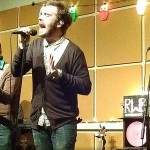 Artists featured in the first episodes of “Studio C Sessions” include Eric Hutchinson and Scars on 45 on April 3; OK Go and Kate Tucker on April 10; and Wild Cub and Patrick Sweeney on April 17.

Diane says “The Summit’s” members can catch the recordings in person at the station, or a “small number” of Western Reserve PBS members can also request an invite via E-mail…