As expected, the looming September 1st FCC deadline for analog LPTV stations to convert to digital has been suspended.

The excellent Tom Taylor Now E-mail newsletter gave us first word of the FCC’s decision (released on Friday) here, and explains some of it:

The reprieve is a logical move given the early-2016 TV spectrum auction that’s going to turn the whole dial upside down after it’s been trimmed up and “re-packed.” The FCC says postponing the September 1 transition date is “appropriate in order to allow analog LPTV and TV translator stations to postpone construction of digital facilities that could be impacted in the incentive auction.”

But as Tom notes, it has a major effect on the so-called “Franken FM” stations…the nickname given to analog LPTV stations that use Channel 6’s audio at 87.7(5) mHz to create new “radio” stations right above the start of the traditional FM dial.

The FCC decision means that the Spanish language radio home of the Cleveland Cavaliers won’t have to shut down shortly before the local NBA team defends what many believe will be its first-ever championship.

(No, we’re not the local media news version of the “SI Jinx”, and besides, as we write this, the team will lose Kevin Love for the next playoff series. Not our fault…we were nowhere near the Boston Garden on Sunday.)

We’ve said here before that since TSJ Media has moved to buy some of its other LMA operations, that we expect it to try to purchase WLFM-LP from Murray Hill.

But if and before it does happen (educated guess on our part only), the entire issue of the hybrid “FM”/LPTV signals on Channel 6/87.7 will have to be decided…and Friday’s FCC suspension of the LPTV conversion deadline is the first step in that process.

By the way, the FCC order does NOT affect Class A low-power TV signals. They enjoy protection from being bumped in exchange for a small amount of local programming. And they still have to abandon analog by September 1st. 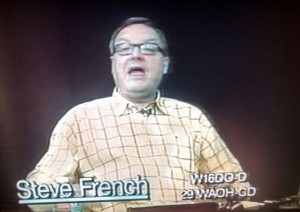 Is it too much to ask, though, for 29/16, 16/29 or whichever order they wish to use, to come up with an actual new logo or name as the area’s Retro TV affiliate?