Local TV newsrooms have always featured a virtual revolving door, but this one’s a big one. There’s one more exit on our list (who is also heading west), but first… 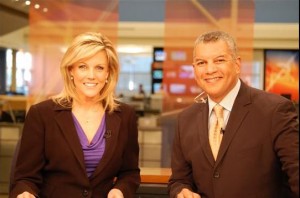 Word spread quickly on Wednesday that Pickel was heading for Phoenix, and indeed, that’s where she’s going.

From the Plain Dealer’s Tom Feran:

She will start in June at CBS affiliate KPHO in Phoenix, Arizona, as a main anchor on its evening newscasts.

“She’s going to be missed,” said WKYC president and general manager Micki Byrnes. “She and I have been talking for a long time about this, and a few tears were shed. But family comes first.”

For its part, Meredith CBS affiliate KPHO CBS 5 has already announced that Pickel will join the station, anchoring alongside the station’s Sean McLaughlin.

And she already has a long history in TV news in that state:

Pickel comes to Arizona from Cleveland where she was most recently the main news anchor for the NBC affiliate in the market.

Prior to Cleveland, Pickel worked as a main anchor in her hometown of Sacramento, Calif but is no stranger to Arizona. For almost ten years she was the main anchor at KOLD in Tucson. While there her investigation on riots and injuries that accompanied the University of Arizona’s NCAA win led to procedural changes for police crowd control in the city.

“Kris is an amazing story teller,” said Ed Munson, Vice President and General Manager of CBS 5. “She has a unique ability to connect with people while telling their stories. This genuine passion for journalism shines through with Kris and is evidenced by her numerous accolades and awards.”

Feran says Pickel and her husband, videographer Carl Lemon, will be closer to their sons in Arizona.

The station had abandoned the traditional dual anchor formula with the departure of evening co-anchor Tim White.

Romona Robinson became solo anchor…she, of course, eventually landed at what is still, for now, “19 Action News” at WOIO/19-WUAB/43.

Again from Tom Feran in the PD:

Byrnes said the departure gave Channel 3 “a chance to build something new. It’s really a good moment to spend some time thinking and creating.”

But for now, we don’t know if WKYC will return to the past, with Russ Mitchell soloing, calling on other reporters, sports and weather anchors alongside.

Or, if WKYC will promote from within (Maureen Kyle, perhaps? We haven’t heard anything), or bring in another out of market anchor. Before she came to 13th and Lakeside, Pickel worked at the CBS O&O in Sacramento, KOVR/13… 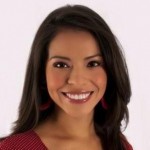 That’s because she’s heading for San Diego, a market that also has former Cleveland newsies Cristin Severance and Dan Haggarty.

They both landed at Scripps ABC affiliate KGTV/10. We don’t know when they got married, but they were already together as a couple before leaving Cleveland.

As for Angelica Campos, she first appeared at South Marginal(/now Dick Goddard Way) in June 2010, after a stint at State College PA-based AccuWeather, which serves clients nationwide and beyond.

If Angelica has announced her destination in “America’s Finest City”, we can’t find it…