It's a wide assortment of news items this time, that apparently didn't melt like those piles of snow we had... JAMIE'S IN DC: Now-former Raycom CBS-MyNet combo WOIO/19-WUAB/43 "19 Action News" (stay tuned!) morning traffic reporter Jamie Sullivan disappeared so quickly and quietly late last year, she was almost on milk cartons. And despite the best efforts of This Space and others, no one would share a peep about What Happened To Jamie. We now know. A week ago, Jamie Sullivan landed as a … END_OF_DOCUMENT_TOKEN_TO_BE_REPLACED 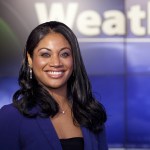 Another week, another week opener. We haven't forgotten our #TheNextRadio series. It's just that Life has Intervened to the point that we haven't had time for the extra processing needed for the next segment. But in the meantime... BEEFING UP THE WX: Some more changes (stop us if you've heard this before!) are coming to 3001 Euclid. But it's an effort to add staff to the weather department at "NewsChannel 5". An Alert OMW Reader actually spotted one of the two new additions coming to Scripps … END_OF_DOCUMENT_TOKEN_TO_BE_REPLACED 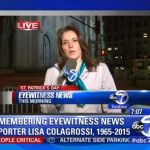 Thursday morning, ABC O&O WABC/7 New York reporter Lisa Colagrossi was doing her job, covering a news story (a fire) and reporting live. But Friday, WABC had to air another story...not produced by her, but about her own sudden death. Lisa Colagrossi, Eyewitness News reporter, anchor, wife and mother, has died at age 49. Lisa suffered a brain hemorrhage while returning from covering a story Thursday morning. And it's a death that sent shock waves through the New York City ABC … END_OF_DOCUMENT_TOKEN_TO_BE_REPLACED

So many changes, so little time...just one day for most of this... NEW ND: Raycom CBS/MyNet combo WOIO/19-WUAB/43 has found its replacement for now-former news director Dan Salamone, and it appears quite obvious he won't be leading the "19 Action News" newsroom. Well, OK, not the newsroom under that long-time moniker. Here, let's share the first few lines of the official press release from Raycom HQ in Montgomery AL: Fred D’Ambrosi has been named News Director at WOIO/WUAB, the Raycom Media … END_OF_DOCUMENT_TOKEN_TO_BE_REPLACED

And we'll start with a, uh, "handful of layoffs" at a local TV station... SCRIPPS HAMMER: Word spread among various markets that Scripps was letting a few people go (to the parking lot, then home for good). We have been told that the layoff count is a pretty big "handful" (more on that phrase later) at Scripps ABC affiliate WEWS/5 here in Cleveland...the last number we heard was that seven people are no longer "on your side" at NewsChannel 5. We don't have any names at this point, but we're … END_OF_DOCUMENT_TOKEN_TO_BE_REPLACED

We have a pretty scattered list of items. But first, what we don't actually have... NO IDEA AT THIS TIME: If you've followed us on social media the past few days, well, we've been a bit annoyed. Our apologies, but we've been shelled with questions (and many E-mails as well) about a certain Cleveland AM sports talk radio host and his absence from the airwaves - and apparently, the station's own website. What we know at this point is that the host, Good Karma sports WKNR/850 "ESPN Cleveland" … END_OF_DOCUMENT_TOKEN_TO_BE_REPLACED

We, along with many others, thought that "Fox 8 News in the Morning" co-anchor Kristi Capel's Worldwide Ordeal would be over on Tuesday. As reported that day, Capel returned to Tribune Fox affiliate WJW/8's morning newscast/talkfest. She delivered an apology similar to the one she ended up leaving on her Twitter account, and got genuine support from co-anchor Wayne Dawson. We tried to catch her apology for using an outdated racial slur on Monday's show, watching on and off during the … END_OF_DOCUMENT_TOKEN_TO_BE_REPLACED

You Say One Word 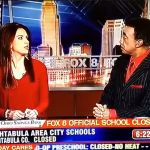 ...and if it's the wrong word, you, a local news anchor in Cleveland, become an international celebrity. And not at all in a good way. That's what happened to Tribune Fox affiliate WJW/8 "Fox 8 News in the Morning" co-anchor Kristi Capel on Monday morning. Talking about the Oscars from Sunday night with co-anchor Wayne Dawson, Capel was trying to compliment singer Lady Gaga, when a very old racial slur fell out of her mouth to describe Lady Gaga's musical performance. Now, we don't know … END_OF_DOCUMENT_TOKEN_TO_BE_REPLACED 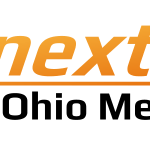 Our first #thenextradio installment is a question and answer session with John Gorman. Both in Cleveland and beyond, he is best known for his stint programming iconic rock station WMMS/100.7, which is today the iHeart-owned blend of talk, rock and sports. Here's a snippet of his bio, in case you're one of a handful of readers at a Northeast Ohio media blog who doesn't know his past: Gorman programmed and served as Operations Manager at WMMS from 1973 to 1986, the station’s glory years, while … END_OF_DOCUMENT_TOKEN_TO_BE_REPLACED

About The Next Radio

Each Monday, we will have an installment in our series called #thenextradio. The series came about when we were, like many, noticing experienced broadcasters striking out on their own...more often than before. Some had left "traditional radio" voluntarily, some not in such a voluntary way. In the old days, these people basically disappeared when they left the chair behind the microphone...until they managed to get a new radio job, a lot of times "across the street" in radio parlance. Of … END_OF_DOCUMENT_TOKEN_TO_BE_REPLACED