The trend is growing – with long-time print reporters trading ink and print for electrons. 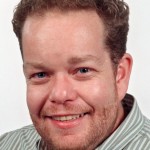 Proud to announce I'll be Seeing the Possible @wkyc as their investigative producer with @tommeyerWKYC. Of course @denisep is a bonus!

And yes, not only is Phil an OMW reader, we’ve crossed electronic paths from time to time.