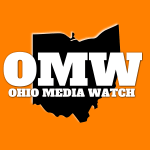 And they said this thing would never last. But yes, after ten years passing along news and musings about media in Northeast Ohio, the Mighty Blog of Fun(tm) is hitting the road. Like the brand "19 Action News", we're gone. In our "housekeeping" department: the Ohio Media Watch domain was recently renewed, and is valid through next July. At some point in the next week or so, we'll put up a post with various links...and at some point down the road, we may redirect this domain name … END_OF_DOCUMENT_TOKEN_TO_BE_REPLACED

A lengthy, unannounced hiatus here at the Mighty Blog of Fun(tm) caused speculation throughout the Northeast Ohio media industry - or, at least, the part of that industry that reads this site. You know what happens when rumors and speculation run rampant in radio and television...sometimes it's true, sometimes, it's not true. We don't know who runs it, but a Twitter account that has tried to fill the "lack of information" gap in area media news stated that he/she/they believed that we were … END_OF_DOCUMENT_TOKEN_TO_BE_REPLACED

The Domain Is Back

If you are reading this, the OhioMediaWatch.com domain has been restored, at least for you. Thank you to long-time personal and professional Friend of OMW Scott Fybush for his help in that process...and thank you to RadioInsight's Lance Venta for keeping things purring behind the scenes...even if none of you could get here due to the domain problems. The domain actually expired a few days ago. We have been on a lengthy, unannounced hiatus...and frankly, just weren't paying attention to … END_OF_DOCUMENT_TOKEN_TO_BE_REPLACED 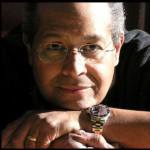 The Northeast Ohio media community is stunned this morning by the death of veteran Akron and Cleveland broadcaster Chuck Collins. Chuck's death is not a surprise, per se. He's been battling brain cancer for years. But Chuck Collins had an impact on local broadcasters in both personal and professional ways. Chuck was most recently operations director for the Rubber City Radio Group's three Akron stations, then-oldies/news (now news/talk/sports) WAKR/1590, rock WONE/97.5 and country … END_OF_DOCUMENT_TOKEN_TO_BE_REPLACED

Soon To Be “Action” Less 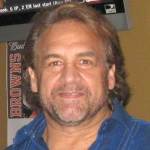 A bunch of items this time around, but first... NO ACTION: We've told you for weeks (exclusively) what's coming soon at Reserve Square...the long-time "19 Action News" branding at Raycom CBS affiliate WOIO/19-MyNetwork TV affliate WUAB/43 is about to be put out of "action". And for the first time, we have outside clues that it's about to happen soon. Lance Venta at our content partners RadioInsight is no stranger to divining future radio changes from broadcasters' domain name … END_OF_DOCUMENT_TOKEN_TO_BE_REPLACED

And as always...oh, you should know by now who comes first in these things...and that the releases were all released in a timely matter. We're just getting a Round Tuit(tm)... WKSU WINS TEN OAPME AWARDS FOR WORK CREATED IN 2014 Ann VerWiebe, WKSU In a Columbus ceremony, WKSU was honored with 10 OAPME Awards from the Ohio Associated Press Media Editors this weekend, including the top award for General Excellence (an award presented to the large market radio station with the best showing … END_OF_DOCUMENT_TOKEN_TO_BE_REPLACED 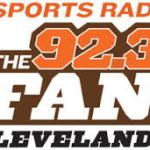 Some changes in Northeast Ohio broadcasting to be chronicled...some permanent, some temporary... BOOMS-LESS: As widely expected, CBS Radio sports WKRK/92.3 "The Fan" has opted for evening host Ken Carman to sit alongside Kevin Kiley in morning drive...who co-hosted "Kiley and Booms" for nearly four years with now-former "Fan" co-host Chuck Booms. Uh...not permanently, yet. We hear Carman is scheduled to sit next to Kiley on what is still called "Fan's Morning Show" for this week, and what … END_OF_DOCUMENT_TOKEN_TO_BE_REPLACED 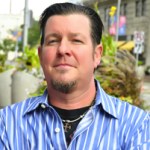 As per usual, our Day Two reaction on the exit of morning co-host Chuck Booms from CBS Radio Cleveland sports talker WKRK/92.3 "The Fan". This morning, Booms' long-time partner Kevin Kiley and morning producer J.G. Spooner were about as open as possible about the Euclid native's departure. Kiley says didn't know what precipitated Booms' exit from the Halle Building on Thursday. But he said he was "sad" about the end of the latest incarnation of "Kiley and Booms", noting that he "came to … END_OF_DOCUMENT_TOKEN_TO_BE_REPLACED

THIS JUST IN: Booms Ousted At “The Fan”

Numerous sources report that CBS Radio sports WKRK-FM/92.3 “The Fan" morning co-host Chuck Booms ("Kiley and Booms")  is out of the building. Cleveland Scene columnist and OMW reader Vince Grzegorek first reported the news, then confirmed it with "Fan" program director Andy Roth, and got comment from Booms himself: Update: Program director Andy Roth confirmed and had this to say: "I can confirm we parted ways with Chuck. We wish him well and we'll announce his replacement in the near … END_OF_DOCUMENT_TOKEN_TO_BE_REPLACED 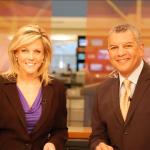 Local TV newsrooms have always featured a virtual revolving door, but this one's a big one. There's one more exit on our list (who is also heading west), but first... ARIZONA BOUND: Kris Pickel, brought in from Sacramento to Gannett NBC affiliate WKYC/3 in March 2012 to become co-anchor with former CBS News anchor/reporter Russ Mitchell, is heading back west. Word spread quickly on Wednesday that Pickel was heading for Phoenix, and indeed, that's where she's going. From the Plain … END_OF_DOCUMENT_TOKEN_TO_BE_REPLACED